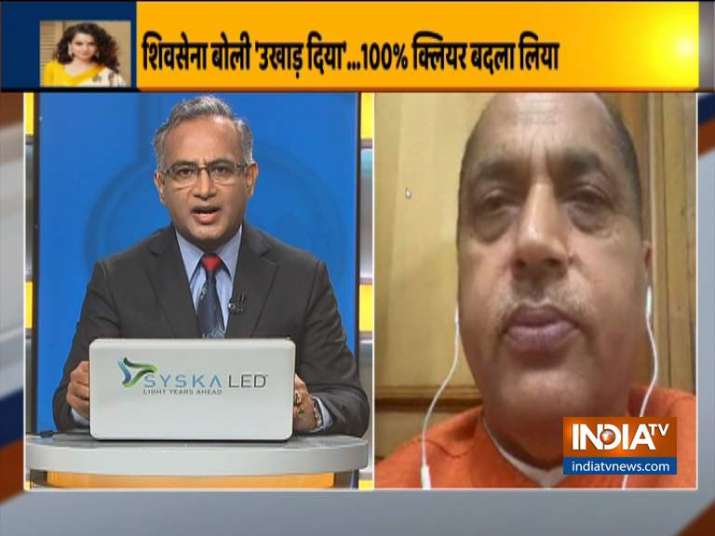 Siding with actor Kangana Ranaut, Chief Minister Jairam Thakur on Thursday said that the disrespect of Himachal’s daughter is intolerable. The remark comes amid a fresh controversy over the demolition of Kangana Ranaut’s office in Mumbai’s Bandra on Wednesday.

“The entire Himachal loves Kangana but what’s happening with her has saddened all. We will take care of her safety and security,” he said. Thakur further said that the nation is watching the prejudice shown towards Kangana. “This is akin to snatching away somebody’s freedom of speech.”

The Shiv Sena-ruled Brihanmumbai Municipal Corporation (BMC) had on Wednesday pulled down “most of” the alleged illegal alterations at the Bandra bungalow of Ranaut. Later, the actor got relief from the Bombay High Court as it stayed the demolition saying the civic body’s conduct was “malafide” and “deplorable”. A division bench of Justices S J Kathawalla and R I Chagla asked why the BMC gave only 24 hours to Ranaut to respond to its stop-work notice and went on to take action when she was outside Maharashtra.