Will The Tabled US Citizen Act Of 2021 Make An Impact On The Indian IT Industry?

The U.S. Citizenship Act of 2021 promises to establish a new, better immigration system as a part of President Biden’s commitment to modernize and humanize the current system. The introduced bill creates an earned path to citizenship for immigrants. It also provides pathways to provide citizenship for undocumented individuals, keep families together, embrace diversity and promote economic growth.

The previous Trump administration had been gradually amending and updating various policies to align them with the executive order on “buy American and hire American”. Given the extraordinary pandemic and skyrocketing unemployment in the U.S., the Trump administration decided to freeze the distribution of green cards and temporary worker visas, namely the H-1B, H-2B, J, and L in June 2020.

This freeze was expected to be alarming for the Indian tech companies in the long run. The Indian tech giants like Tata Consultancy Services (NS:), Infosys (NS:), Tech Mahindra (NS:), HCL Technologies (NS:), Wipro (NS:), and Cognizant (NASDAQ:) to name a few are and will be heavily reliant on the H-1B visa. According to reports, 90 percent of applicants for the H-1B visa are from India. There is a total of over 4 lakh H-1B visa holders in the US, and over three-fourths are Indians. There are also a significant number of Indian L-Visa holders in the US. With this order, they would have to wait for longer for fresh issues and renewals.

However, with the limited mobility, increasing uncertainties, and shift to work from the home culture the Indian tech giants were not worried about this drastic change in the medium to short term. The companies were also pro-active to identify the increasing rejection rates and had already laid the groundwork for focusing on localization. 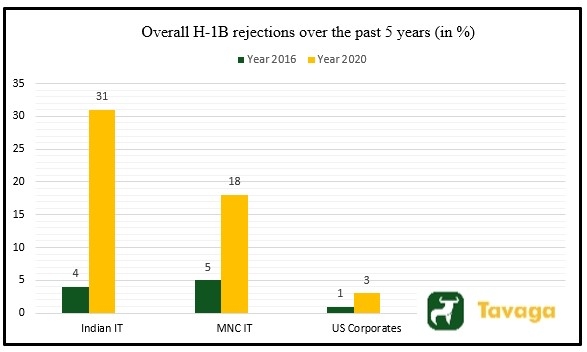 2020 was an extraordinary year where the employees were working from home by either force or by choice. The office spaces are transitioning rapidly from corporate hallways to home offices. According to studies, the IT industry ranks 2nd in embracing this new remote work culture and the Indian IT space is no different.

Additionally, the growing application of cloud computing and services to support remote workforces regardless of their geographical location is proving to be highly effective and efficient. IT companies are now prioritizing their budgets on cloud security, governance tools over infrastructural development. 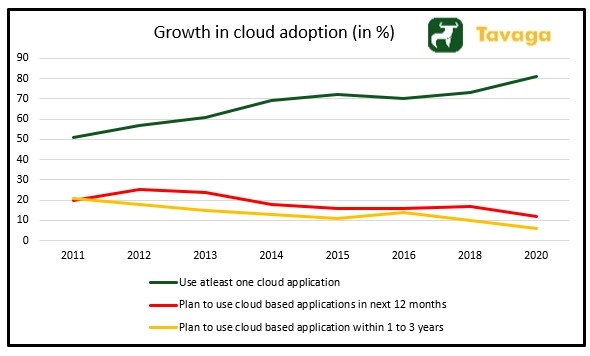 With the new announcements and Biden administration stepping in, the U.S. immigration system is likely to take a positive turn. However, what one needs to understand is will it make as big of an impact as it looks on the surface? The pandemic has been a catalyst for companies that were trying to manage their expenses and shift to work from home or hybrid working models.

Thus, even if the American tech giants like Apple (NASDAQ:), Google (NASDAQ:), Cisco (NASDAQ:) and likes believed that the earlier freezing the visa would lead to an economic slowdown and lack of innovation what the Indian tech industry needs to absorb is the long-term impact of the changes brought in by the pandemic.

As mentioned above with limited mobility and emerging cloud application trends it is unlikely that this relaxation will have any immediate or significant impact on the IT stocks or companies in the short run. However, in long run, any relaxation and ease in issuing the visas is a positive sign.

The new ease and modernization of the American Immigration System is an opportunity to address multiple issues ranging from the refugee crisis to economic stimulation but what it has in store for the Indian tech industry is rather small and vague for the short and medium-term.

To answer the question as to whether there can be any direct and immediate impact on the listed Indian IT stocks – Well, in the short term, the stocks could continue to stay volatile or consolidate (not due to any regulatory changes abroad) which normally happens after a phenomenal rally backed by fundamentals.

Impact on Indian IT Stocks

In the long term, India’s IT growth story is intact. The surplus cash, acquisition of new clients, the work from a home model, and ease in restrictions as laid down in the above article could augur well for the technology and software stocks.

However, with the limited mobility, increasing uncertainties, and shift to work from the home culture the Indian tech giants were not worried about this drastic change in the medium to short term. The companies were also pro-active to identify the increasing rejection rates and had already laid the groundwork for focusing on localization.