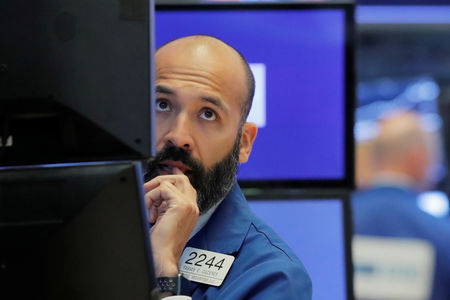 By Ambar Warrick and Shreyashi Sanyal

Dec 18 (Reuters) – U.S. stock index futures were flat on Friday as major indexes appeared set to take a breather from a series of strong gains, while anticipation of a coronavirus stimulus package grew ahead of a weekend deadline.

Markets were anticipating increased trading volumes in the day due to the expiration of stock index futures, stock index options, stock options and single stock futures at the end of trade – also known as quadruple witching.

Wall Street’s three major indexes had ended at record highs on Thursday as the passing of a bill seemed imminent, with bipartisan lawmakers saying the pandemic’s worsening toll meant that failure to agree on new stimulus was no longer an option.

Dismal retail sales data and unemployment claims through the week were also seen as furthering the case for more stimulus.

The prospect of continued monetary and fiscal stimulus has helped stocks look past the economic ructions from the virus, and set them up for strong annual gains, despite a rocky start to the year.

Wall Street indexes were also set to end the week higher, with the Nasdaq set to outperform its peers with a 3.1% gain on sustained buying into technology stocks.

Tech major Microsoft Corp shed 0.5% in premarket trade after the company said it found malicious software in its systems related to a massive hacking campaign disclosed by U.S. officials this week. Corp FDX.N fell 2.8% after the package delivery company declined to give an earnings forecast for 2021, even as its quarterly profit almost doubled. of rival United Parcel Service Inc (NYSE:) UPS.N also declined 0.9%.

Centene (NYSE:) Corp CNC.N dropped 1.3% after the health insurer forecast 2021 adjusted profit below Wall Street estimates, as it said enrollment in its Obamacare plans was not coming in as expected.

Retail stocks including those of Kohl’s Corp (NYSE:) KSS.N , Walmart (NYSE:) Inc WMT.N and Macy’s Inc (NYSE:) M.N rose between 0.5% and 2.6% after the National Retail Federation said over 150 million American shoppers could buy holiday gifts in stores or online this year on the last Saturday before Christmas, or “Super Saturday,” up by more than 2 million from last year.