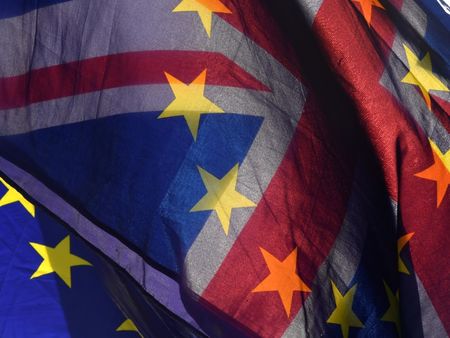 Dec 22 (Reuters) – UK stocks bounced on Tuesday as fresh hopes of a trade deal with the European Union outweighed fears over a mutated variant of the novel coronavirus that has shut most of the island country.

The mid-cap FTSE 250 , considered a barometer for Brexit sentiment, added 1.3% as the EU chief negotiator said both sides were inching towards an agreement on fishing though the politically sensitive matter remains unresolved. and industrials and consumer discretionary were the biggest boost to the domestically focused index.

The blue-chip FTSE 100 closed 0.6% after wiping off more than half of its gains for December on Monday as UK imposed tough restrictions and countries around the world shut their borders to Britain due to worries about the new variant.

“The COVID crisis and Brexit uncertainty look set to hang over equities for the rest of the calendar year and January could be a difficult period unless there is progress in getting the virus under control and clarity on when more people will get vaccinated,” said Russ Mould, investment director at AJ Bell.

Official data showed Britain’s economic recovery from its coronavirus crash was quicker than previously thought in the third quarter, but new lockdowns are threatening to cause a another recession. AstraZeneca Plc slipped 1.5% after its experimental asthma drug with Amgen Inc failed to meet the main goal of reducing patients’ dependence on steroids in a late-stage trial. gas station operator Applegreen Plc rose 2.5% after agreeing to be acquired by a consortium led by B&J Holdings and Blackstone (NYSE:) Infrastructure Partners in a deal that valued it at around $877.66 million.