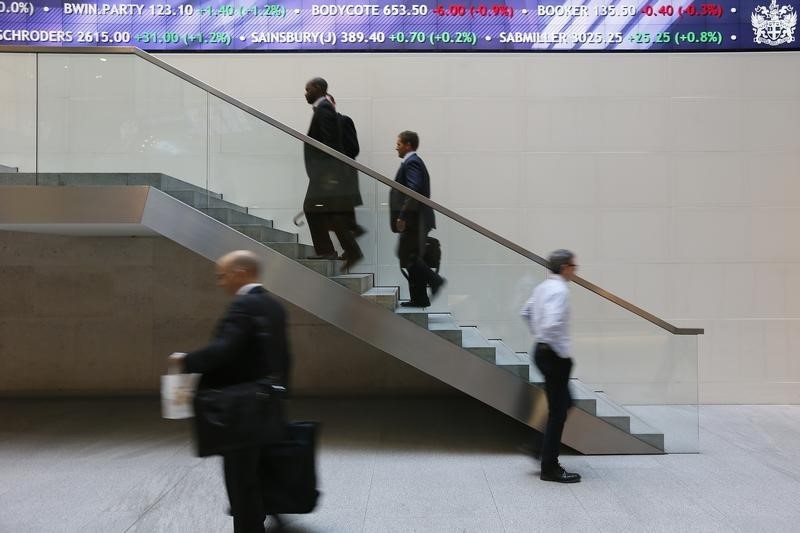 (For a live blog on European stocks, type LIVE/ in an Eikon news window.)

By Shashank Nayar and Shreyashi Sanyal

Sept 1 (Reuters) – London’s FTSE 100 fell to its lowest level in more than three months on Tuesday, after the index had notched its strongest August in six years, as financials weighed and the pound scaled eight-month highs against the dollar.

The blue-chip index slipped 1.7%, marking its worst day in a month as traders returned from a bank holiday on Monday. The mid-cap FTSE 250 index fell 1.1%, led by industrial, financial and consumer discretionary stocks.

Broader European markets dropped on Monday, with financials leading the losses amid concerns over the deflationary effects of the new coronavirus, and weak borrowing rates. FTSE 100 was nursing a hangover after the Bank Holiday as it caught up with yesterday’s downbeat sentiment in the U.S. and Europe,” said Russ Mould, investment director at AJ Bell.

“Not helping the FTSE’s cause was strength in sterling, a currency move which impacts the relative weight of the overseas earnings which dominate the index.”

The FTSE 100, like its European peers, has lagged the U.S. markets in recovering from pandemic lows as investors factor in a prolonged economic recovery cycle due to a rash of middling local economic data.

Meanwhile, British factory output rose in August at its fastest pace in more than six years, albeit from a low level, a survey showed on Tuesday. stocks edged higher as data in major economies showed manufacturing demand rebounding from coronavirus-induced lows.

Local mining majors such as BHP Group and Rio Tinto , which supply Chinese factories, rose after the news. MKTS/GLOB

Oxford Biomedica rose 1% after AstraZeneca expanded its agreement with the company to make and supply the drugmaker’s COVID-19 vaccine candidate. AstraZeneca shares fell 1.7%. home furnishing retailer Dunelm rose 4.3% after saying its sales have been strong in the last two months and the performance this year has been ahead of its initial expectations.

Chart Of The Day: The NASDAQ 100 Could Be About To Top Out

Though US futures contracts were all down ahead of Tuesday's Wall Street session, equity...
Continue reading
by THO