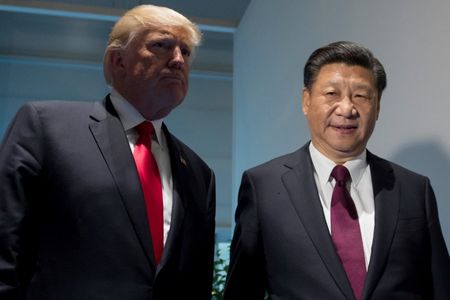 By Medha Singh and Shivani Kumaresan

Dec 14 (Reuters) – London’s mid-cap stocks climbed on Monday on bets that a Brexit trade deal between Britain and the European Union was still possible, while drugmaker AstraZeneca slid on a $39 billion buyout of U.S.-based Alexion Pharmaceuticals.

The domestically focussed FTSE 250 , considered a barometer for Brexit sentiment, closed about 0.7% higher although it was off its session highs with financial and consumer discretionary stocks providing the biggest boost.

A strong pound took the shine off of the exporter-heavy FTSE 100 , down 0.2% as London and Brussels agreed to “go the extra mile” in coming days to try to reach an elusive trade agreement. GBP/

“With the vaccine roll-out set to produce a marked pick-up in growth from the second quarter onwards, markets should remain well supported despite any worries over the deteriorating near term outlook,” said Rupert Thompson, chief investment officer at Kingswood.

London’s stock indexes have tracked a rally in global equity markets as signs of working COVID-19 vaccines raised hopes of a faster economic rebound next year. But gains have been capped by fears around the near-term economic damage from business curbs and mass layoffs.

London will move into England’s highest tier of COVID-19 restrictions to fight an exponential rise in infection rates, the government said. Monday, Britain’s trade body for manufacturing slashed its 2021 growth forecast for the sector. company news, AstraZeneca shares sank 5.7% as investors moved to price in the drugmaker’s $39 billion deal for biotech firm Alexion , one of this year’s biggest mergers globally. soared 22.4% after Electronic Arts said it would buy the video game developer in a deal worth $1.2 billion, trumping an earlier agreement between the British company and rival Take-Two Interactive Software.

Dropbox May be Next Big Tech Takeover Target