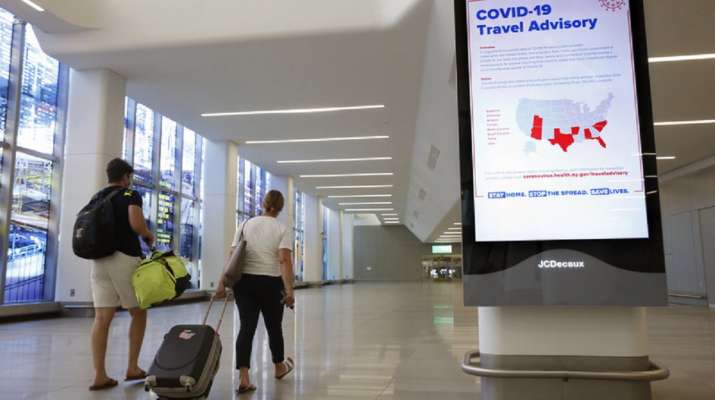 The United States has revised its travel advisory for Pakistan, bringing it down to Level 3 category of ‘reconsider travel’ from the previous Level 4 of ‘do not travel’ category. India, which was placed in the Level 4 category on August 6 due to the increased cases of the novel coronavirus, continues to be in the “do not travel” advisory of the State Department.

“Reconsider travel to Pakistan due to COVID-19 and terrorism,” the State Department said in its latest travel advisory on Tuesday, replacing the August 10 travel advisory that had placed Pakistan in the highest Level 4 category.

The Centers for Disease Control and Prevention (CDC) has issued a Level 3 Travel Health Notice for Pakistan due to COVID-19, it said.

The Pakistan government has lifted stay-at-home orders and allowed the resumption of intercity domestic travel and mass transit services in most cities, it said.

According to the State Department, Pakistan’s security environment had improved since 2014 when Pakistani security forces undertook concerted counter-terrorism and counter-militant operations.

There are greater security resources and infrastructure in the major cities, particularly Islamabad, and security forces in these areas may be more readily able to respond to an emergency compared to other areas of the country.

While threats still exist, terrorist attacks are rare in Islamabad, it said.

Noting that terrorist groups continue plotting attacks in Pakistan, the State Department said that a local history of terrorism and ongoing ideological aspirations of violence by extremist elements have led to indiscriminate attacks on civilians as well as local military and police targets.

Terrorists may attack with little or no warning, targeting transportation hubs, markets, shopping malls, military installations, airports, universities, tourist locations, schools, hospitals, places of worship, and government facilities. Terrorists have targeted US diplomats and diplomatic facilities in the past, it said.

Terrorist attacks continue to happen across Pakistan, with most occurring in Balochistan and KPK. Large-scale terrorist attacks have resulted in numerous casualties, the advisory said.