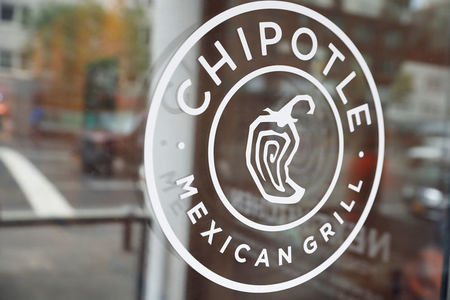 (Bloomberg) — U.S. restaurants, faced with higher food and labor costs, are raising menu prices at a much faster pace than historical rates, insistent on preserving profits after an arduous year.

From local restaurants to national chains like Chipotle Mexican Grill Inc (NYSE:)., owners have boosted prices by as much as 5% in the past few weeks alone. Even at fast-food companies that were locked in price wars just a couple of years ago to win over cost-conscious consumers, increases aren’t taboo anymore.

“We are going to be paying higher prices in restaurants,” said David Henkes, senior principal at industry researcher Technomic. “Part of the calculus right now is there’s probably some appetite of consumers to pay whatever because they haven’t been out for a while.”

Across the nation, prices for food away from home rose 4% in May from a year earlier, the biggest jump since May 2009. It’s one example of a surge in overall inflation that’s left policy makers at the Federal Reserve debating how long the cost pressures will last as the economy bounces back from the Covid-19 pandemic.

In the Tampa, Florida, area, restaurateur Andrew Koumi bumped up his menu items by 2% to 4%.

Koumi, founder of a six-location chain called Green Market Cafe, tries to keep food and paper costs below 35% of his menu prices, but lately his computers keep flagging items that go above that parameter. He’s paying twice as much to buy chicken as he was in January, and other meats and paper products have gotten more expensive too.

Koumi isn’t too worried about standing out with his price increases, because “everyone’s doing it. Some people are doing it really drastically,” he said. “Could it go up more? It’s scary. I’m hoping that it levels.”

Chipotle recently raised menu prices by as much as 4%, after increasing average pay to $15 an hour and hiring thousands of workers to keep up with demand. American homestyle chain Cracker Barrel (NASDAQ:) Old Country Store Inc., which earlier this year raised menu prices by 2.8%, is bumping up that increase to about 3% amid continued pressure from wage and commodity expenses, including pork for sausage and bacon.

McDonald’s (NYSE:) Corp., which raised its hourly wage by about 10% in May, hasn’t announced any jump in prices yet but said early this year that franchisees could handle labor inflation “between judicious pricing on the menu as well as just thinking about productivity savings.”

Historically, restaurant operators tend to raise menu prices a few times a year. Between 2015 and 2019, that amounted to increases of about 2.5%, according to BTIG LLC analyst Peter Saleh. This year, the rate may reach about 4%, Saleh wrote in a note to investors.

Although food costs will likely moderate once supply bottlenecks are resolved, higher wages and labor shortages will persist even after pandemic relief has dried out, because people are yearning for greater work-life balance and flexibility in a post-Covid-19 world, Saleh wrote. That will create “inflation that in our view is not transitory,” Saleh said.

Whether higher prices are here to stay or just a temporary blip amid a fast reopening of the economy is at the center of a hot debate in the U.S. Federal Reserve Chair Jerome Powell said at a Congress hearing Tuesday that price increases recently are larger than expected but reiterated that they will eventually wane.

While commodity prices such as lumber have come down, food costs have continued to surge. U.S. producer prices for processed poultry jumped to an all-time high in May.

Some chains are coming up with creative solutions to avoid raising prices.

Wingstop (NASDAQ:) Inc., for one, is only planning its typical 1% to 2% menu price increase this year. To save costs, the company is now buying whole birds instead of cut-up legs and breasts, selling less-used thigh pieces from a new delivery and takeout brand.

“The big price increases — the 4% price increases you’re seeing other chains do, that won’t be us,” Chief Executive Officer Charlie Morrison said in an interview. “Large price increases that are promoted and then passed on to the consumer tend to have a negative reaction.”

For smaller businesses, there is often little choice.

In Atlanta, restaurateur Bill Goudey raised prices by as much as 5% on some items a few weeks ago, steeper than the 1% increase he’s more comfortable with. The last few months have been chaotic at his two Copeland’s of New Orleans franchises. Workers have been so scarce that customers have had to wait for a table for up to two hours some weekends.

“While we’re hopeful some of these are short term and supply chain related, many are longer term cost concerns that could take months to resolve,” Goudey said in an email.