‘These suckers are something else’ says President Joe Biden after speeding in an electric Hummer: Watch | Automobiles News 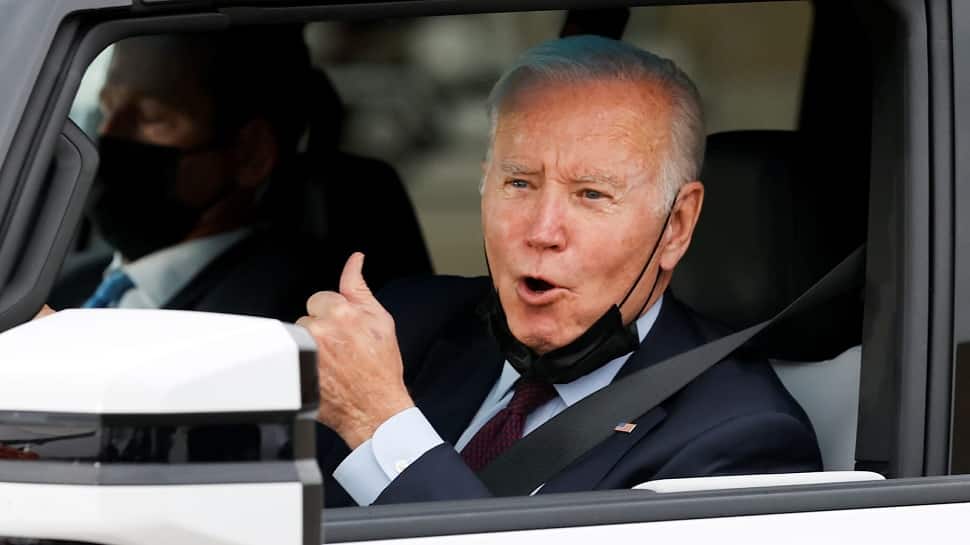 “Anyone want to jump in the back, or on the roof?” Biden asked reporters after taking a few laps at a General Motors plant. “These suckers are something else!” In Detroit, Biden lavished praise on Detroit’s Big Three automakers, especially GM, for embracing EVs.

“In the auto industry, Detroit’s leading the world in electric vehicles,” Biden said. He did not mention Tesla Inc, the U.S. automaker that accounts for nearly 80% of U.S. EV sales, but is not unionized. “You know, up until now, China has been leading in this race,” Biden said, speaking about EV manufacturing. “That’s about to change” because of infrastructure law, he said.

The law provides $7.5 billion in funding to build out the nation’s electric vehicle charging network, investments the industry says will inspire more Americans to buy electric vehicles, and manufacturers to produce them. Electric vehicle sales accounted for just 1.8% of the U.S. new vehicle market in 2020.

President Biden drives electric Hummer @GM: “Anybody want to jump in the back? On the roof? This sucker’s something else.” pic.twitter.com/3WbEwArRJW

The GM plant that Biden visited was slated to be closed in 2018 as the automaker tried to shed excess factory capacity to build sedans as buyers shifted toward SUVs and trucks. But the plant, which built cars with internal combustion engines since it opened in 1985, was rescued a year later and designated Factory Zero to build zero-emissions electric vehicles.

Next year it will start making a Hummer electric SUV. The plant will start cranking out the Origin, an electric vehicle for GM’s Cruise autonomous vehicle subsidiary, in 2023, and an electric Chevrolet Silverado pickup at an unspecified date.

The plant won’t see much direct impact from the infrastructure spending, but it will benefit from $7.5 billion designated to help build an electric vehicle charging network.

With inputs from agencies