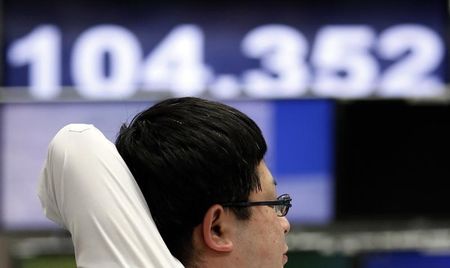 TOKYO, Dec 22 (Reuters) – Japanese shares plumbed three-week lows on Tuesday, as investors took profits from stellar gains over the past couple of months on concerns that a fast-spreading new coronavirus strain found in Britain could disrupt a swift global economic recovery.

The Nikkei average fell 1.04%, the biggest drop in about a month, to 26,436.39, its lowest close since late November. It fell below its 25-day moving average for the first time since the start of the rally following U.S. elections in early November.

The weakness could be attributed to worries over the new coronavirus strain but profit-taking ahead of year-end holidays is a bigger factor, said Yasuo Sakuma, chief investment officer at Libra Investments. “I have already done so myself,” he added.

Fujifilm Holdings tumbled 6.0% after the Japanese Health Ministry said its medical review board concluded that clinical trial data to determine the efficacy of the firm’s COVID-19 drug candidate Avigan was inconclusive. Land dropped 2.6% after the Nikkei business daily reported that an official filing showed Mitsui Fudosan reduced its stake in the Tokyo Disney Resort operator.

The market was also weighed down by rising concerns over domestic virus infections as Tokyo Governor Yuriko Koike on Monday urged the capital’s 14 million residents to stay at home during the upcoming holiday season. and airline operators declined, with East Japan Railway down 2.1% and ANA Holdings falling 2.3%.

The index of Mothers start-up shares dropped 4.0%, falling decisively below its 100-day moving average, a bearish signal, to a three-month low.