Natural Gas Off Highs As Threat Of ‘Widowmaker Spread’ Shrinks

The widowmaker trade—the ominous play that has been fatal to the careers of many who bet large and incorrectly on the price spread between winter and spring—is sharply down from a price volatility perspective, suggesting the year’s highs may be over for gas prices.

A month ago, the spread between winter-end March gas and spring-heralding April peaked at above $1.50 per million metric British thermal units (mmBtu). By Wednesday’s settlement on the New York Mercantile Exchange’s Henry Hub, the difference between the two contracts was down to a mere 62 cents. 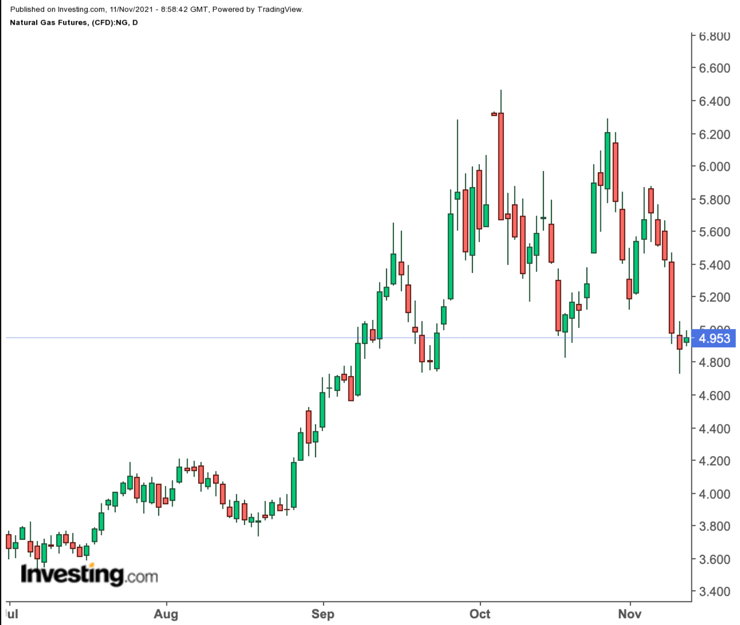 The widowmaker is a good representation of the winter risk premium for gas as March typically brings the close of the cold season—meaning whatever heating is required would have peaked by then—while April is considered the very beginning of the summer hedging season that ushers in the post-winter thaw and eventual need for cooling.

Because of these dynamics, price volatility as a result of the winter risk premium is often baked into the March contract, and not so much April.

In winters that run colder than normal, speculation runs rampant on heating needs, prompting wild gyrations in the widowmaker. In 2018 for instance, the risk of a colder winter materialized near the beginning of October, leading to the quick rise of the spread to almost $1.50 then.

This year too, the widowmaker spread began to rise early and peaked in October. The run-up was triggered partly by robust demand for cooling during an intensely-hot summer; great international pressure from abroad for liquefied natural gas (LNG); and lower-than-average weekly additions to gas storage.

Combined, these factors raised fears that a colder-than-average winter could lead to lower-than-average storage inventories during the oncoming withdrawal season for heating.

But since the peak of the widowmaker spread in the beginning of October, healthy storage injections have reversed the upward movement between the March and April contracts.

End-storage season estimates for gas inventories are now in the 3.6 trillion cubic feet range—an amount deemed sufficient for the coming winter based on projected weather and supply-demand conditions.

“Naturally, the widowmaker spread is expected to continue to decrease through the end of the season as fear and uncertainty leave the market,” said Dan Myers, analyst at Houston-based gas markets consultancy Gelber & Associates.

“Of course, if weather patterns deviate from expected values and stronger than average cold does materialize in this market, there is always the possibility that this renowned spread will begin to increase once again in the ensuing calamity.” 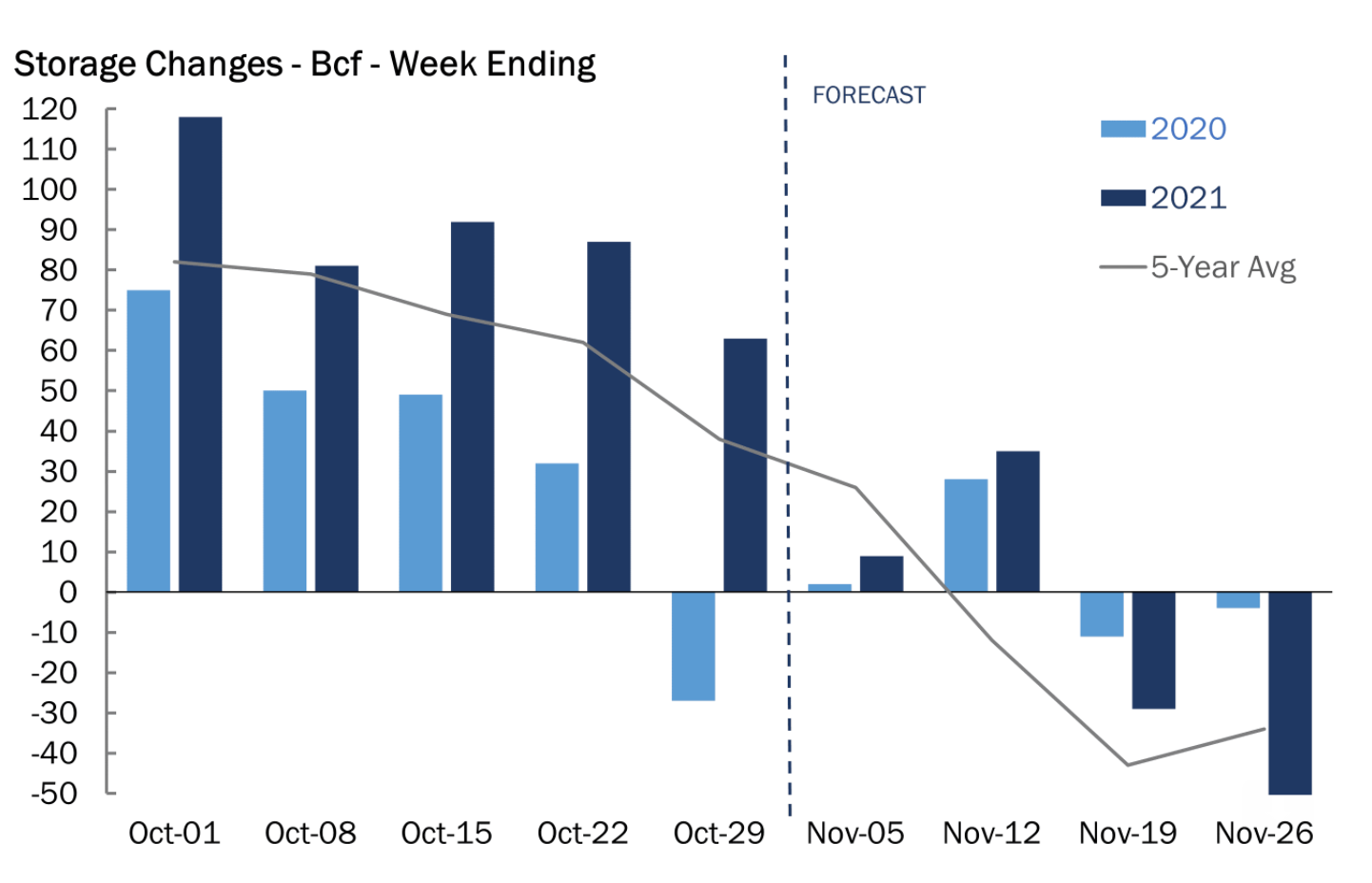 Case in point: the day-to-day crumble of Henry Hub’s spot gas contract. It fell a combined 15% over the past five sessions, hitting a nine-week low of ​​$4.73 per mmBtu on Wednesday, as weekly additions to US continued to exceed forecasts. The latest week to Nov. 5 was, however, an exception with inventories coming in at 7 billion cubic feet versus a forecast of 10 bcf.

In a forecast carried by naturalgasintel.com, Bespoke Weather Services said model projections heading into late month quickly trended toward a Pacific pattern much less favorable for cold air delivery into the United States, while increasing the risk of “warmer than normal” conditions in December.

After a brief cold snap expected late this week, Bespoke added that the late-November “shift is not something that as of yet carries good confidence, differing wildly from what the projections looked like just a few days ago.” But it “does give the weather component more of a bearish tilt.”

Additionally, year-to-date US production of natural gas has held near 95 bcf per day, which is on par with the highs of 2021 and, if sustained, could add a bearish undercurrent for Henry Hub prices.