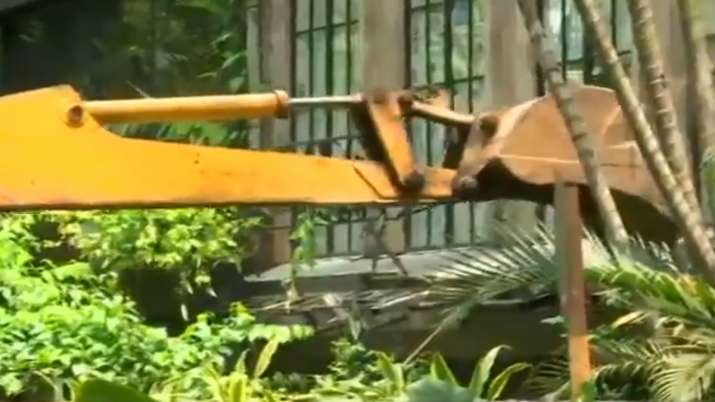 Himachal Pradesh Chief Minister Jai Ram Thakur has condemned demolition of a portion of Kangana Ranaut’s Mumbai bungalow saying she should get “proper atmosphere” to work in her field. Slamming the Uddhav Thackeray administration, Jai Ram Thakur said, “The conduct of Maharashtra government is unfortunate, I condemn it. The daughter of Himachal Pradesh, Kangana Ranaut raised her voice and expressed her opinion. They (Maharashtra government) have done this out of vendetta. This is unfortunate.”

After a part of her Bungalow was demolished, Bollywood actress Kangana Ranaut came down heavily on Uddhav Thackeray-led government in Maharashtra and said, “Aaj mera ghar toota, kal tumhara ghamand tootega.” Ranaut said this in a video she tweeted after BMC initiated demolition work.

Kangana took to Twitter soon after landing in Mumbai, and shared a video where speaks in Hindi. She shared that she now understands how Kashmiri Pandits felt after property is vandalised.

In the clip, Kangana is heard saying in Hindi, “Udhhav Thackeray, do you think that you along with the film mafia broke my house and took big revenge? Today my home is broken, tomorrow your ego will be broken. This is the wheel of time. Remember this. It doesn’t always remain the same.”

“I think you have done me a huge favour because I always knew what the Kashmiri Pandits have gone through, today I felt it.” She then promised to make a film on Kashmir and Ayodhya.