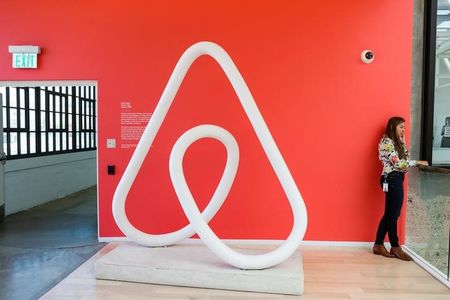 (Bloomberg) — In a year that saw a pandemic upend financial markets and economies around the globe, U.S. companies and their largest shareholders raised a record $435 billion with stock sales.

That’s far above the previous high of $279 billion set in 2014, according to data compiled by Bloomberg. The windfall shows how issuers have dramatically turned to capital markets amid an equity rebound from the depths of the pandemic. About a quarter of this year’s bonanza came from traditional initial public offerings, which have raised a record $100 billion — the most ever, excluding the impact of Alibaba (NYSE:) Group Holding Ltd.’s massive debut in 2014.

In a departure from past years, the largest IPOs delivered some of the best returns in 2020. Freshly minted stocks such as Snowflake Inc., Airbnb Inc. and Unity Software Inc. have soared as investors looked beyond economic, political and corporate-profit uncertainties. Companies that have raised more than $1 billion are trading 81% above their average offering price, outperforming smaller debuts.

While mega-listings by technology companies have drawn investors’ attention, it was the biotechnology industry that lured the most cash of any sector. More than 100 listings in that sector have raised about $23 billion this year, followed by $19 billion for tech, data compiled by Bloomberg showed.

Over 70 foreign companies went public in the U.S. this year, raising more than $21 billion — the most since 2014. The majority of those proceeds came from Chinese debuts despite congressional action to step up regulatory scrutiny.

Morgan Stanley (NYSE:) and Goldman Sachs Group Inc (NYSE:). drove much of the year’s activity, each being credited with a share of over 10% of the traditional IPO market, according to data compiled by Bloomberg.

Wall Street has seen a spike in listings by special purpose acquisition companies — or SPACs — which have become a hot area of the market as a way for purchasers to avoid the costly and time-consuming initial public offering process. Instead, they sell shares of a company that has no operations, promising to use the money within two years to buy a private one. Credit Suisse (SIX:) Group AG and Citigroup handled the most of those issues this year.

More than 240 SPACs went public this year in the U.S., raising $81 billion for potential acquisitions. Although some successful mergers have come out of this sector — such as Nikola Inc. and DraftKings (NASDAQ:) Inc. — these debuts in general underperformed. SPACs are trading about 15% above their IPO prices on average.

While 2020 was a banner year for IPOs, companies that were already public also took advantage of demand. The $260 billion raised by these deals is the most ever, data compiled by Bloomberg show.

While pandemic-stricken issuers such as airlines and cruise-ship operators raised cash to stay afloat, investors had plenty of incentive to fund the deals. The biotech sector also drew the largest portion of the year’s windfall, raising about $63 billion, such as the stock sale by Moderna (NASDAQ:) Inc. in May to fund its coronavirus vaccine candidate.

While companies bucked traditional IPOs for SPACs, they found other ways to get creative for companies that were already public. For example, Carnival (NYSE:) Corp and United Airlines Holdings (NASDAQ:) Inc. announced some of the largest at-the-market programs in history. These deals allowed companies to capitalize on bullish bidding from retail investors by selling shares directly into the open market. The year proved the busiest year on record for these programs.

Another nontraditional strategy that gained in popularity is the registered direct offering. These sales, which also spiked to a record this year, allow issuers to skip hiring underwriters. Typically reserved for the smallest of offerings, in 2020 the deal structure was adopted for larger companies such as Carnival, Carvana Co (NYSE:). and BeiGene (NASDAQ:) Ltd.

This was also a massive year in equity-linked issuance. More than $100 billion of convertible bonds were sold in the U.S., according to Bloomberg’s league tables, roughly doubling 2019’s volume.