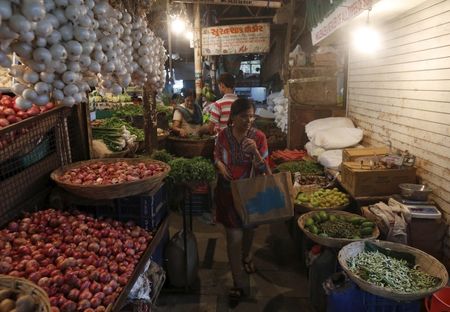 The current monetary policy framework, signed by Prime Minister Narendra Modi’s government with the Reserve Bank of India in 2015, expires next month and is expected to be adjusted when it is signed off for the next five-year term to provide greater flexibility to support economic growth.

India’s retail inflation, which had touched double-digits during the previous Congress party-led government, has gradually fallen, helping Modi to win a second term in 2019.

There is a need to refine the monetary policy target as the central bank’s tools mainly addressed demand-side factors, while the current inflation target was affected by food prices, primarily dependent on supply-side measures, Krishnamurthy Subramanian, chief economic adviser at the finance ministry, said on Monday.

“I don’t think that it is correct to rely on one metric,” he said.

Food prices, which contribute nearly half of the consumer price index INCPIY=ECI , have significantly affected headline CPI inflation in the last year, he told Reuters in an interview.

Inflation in Asia’s third-largest economy returned toward the Reserve Bank of India‘s (RBI) 2%-6% inflation target range last month after remaining above the central bank’s comfort range for eight consecutive months. suggested that core inflation, which strips out food and fuel prices, could be a better indicator to target, adding there was a need to update the base year of 2011/12 and review household consumption items for the collection of monthly consumer price data to reflect the change in consumption patterns.