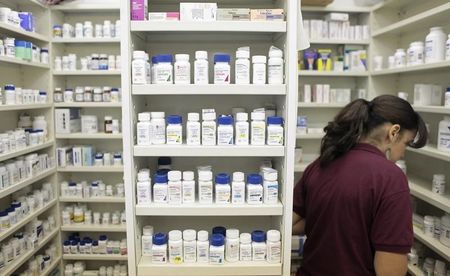 BENGALURU, Dec 18 (Reuters) – India’s Biological E. Ltd plans to start large late-stage trials of its potential COVID-19 vaccine candidate in April next year, according to a top executive at the Hyderabad-based drugmaker.

The privately held company said in November it had started early-stage and mid-stage human trials of its vaccine candidate, being developed in collaboration with Baylor College of Medicine in Houston and U.S.-based Dynavax Technologies Corp , and expects results by February. should be in a position to offer about 100 million doses per month as soon as the product is approved,” Narender Dev Mantena, who heads the company’s global strategy as well as its speciality generic injectables and synthetic biology divisions, told Reuters.

India, which has the second highest number of COVID-19 infections in the world with almost 10 million cases, is looking to deploy its vast election machinery to deliver 600 million doses of vaccines to the most vulnerable people in the next six to eight months through conventional cold chain systems.

So far, the Serum Institute of India, which is the local manufacturer of AstraZeneca’s COVID-19 vaccine candidate, Pfizer (NYSE:) PFE.N /BioNTech 22UAy.DE and Bharat Biotech have applied for emergency use approval.

India’s drugs regulator said last week it had sought more data to make a decision on emergency authorisation for AstraZeneca’s and Bharat Biotech’s shots. E., which was founded in 1953, develops, manufactures and supplies vaccines and therapeutics to over 100 countries.

The company signed an agreement with Johnson & Johnson (NYSE:) JNJ.N in August to make a drug substance used in the U.S. company’s potential COVID-19 vaccine candidate.