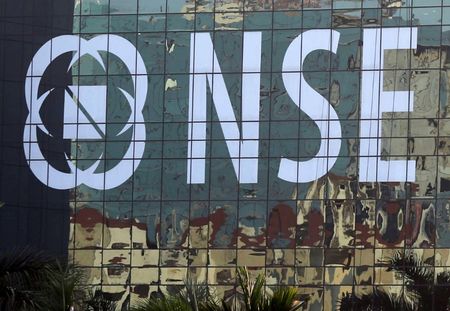 BENGALURU, Dec 15 (Reuters) – Indian shares ended flat on Tuesday, recovering from a bout of profit booking earlier in the session following a record-setting rally over the past few weeks, while a fall in shares of Reliance weighed on the indexes.

“We saw some profit taking coming in, and then in the later half we saw some recovery in the market,” said Ajit Mishra, vice president, research at Religare Broking. “What it indicates largely is that bulls are still in control,” he added.

Both indexes have rallied sharply on record inflows from foreign institutional investors and progress on COVID-19 vaccines.

“Despite the kind of rally we have seen in the last six weeks, we are still not seeing any major correction in the market as such,” Mishra said.

Reliance Industries closed 0.9% lower and was the top drag on the Nifty 50. The company’s telecom division has asked the Indian telecoms regulator to take action against rivals Bharti Airtel and Vodafone Idea for allegedly running a false propaganda campaign. ended 0.2% higher and Vodafone Idea fell 1.5%.

Meanwhile, government data on Monday showed November’s annual retail inflation eased to 6.93% after holding above 7% for two consecutive months. agency Standard and Poor’s projected India’s real GDP for the current fiscal year to shrink 7.7% from the 9% contraction it expected earlier. other stocks, Kotak Mahindra Bank ended 0.6% higher. The lender said https:// on Monday the central bank had approved the re-appointment of Uday Kotak as managing director and chief executive officer.

Burger King India closed 20% higher a day after the company’s shares more than doubled in their market debut.