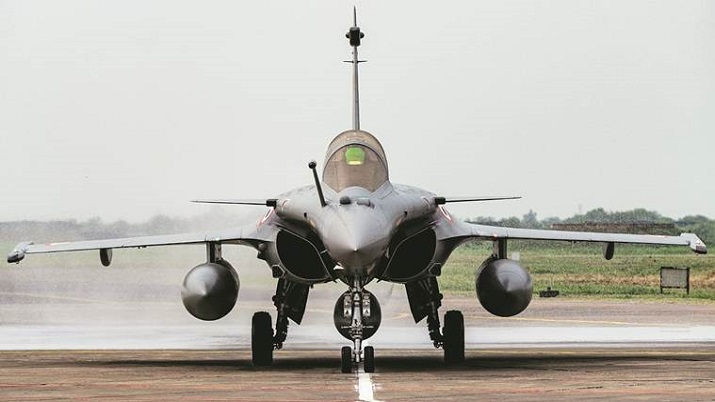 The Indian Air Force (IAF) will formally induct the newly acquired Rafale fighter jets tomorrow (September 10) at the Air Force Station in Ambala. The aircraft will be part of the IAF’s 17 Squadron, known as ‘Golden Arrows’. It was resurrected in September last year.

Indian Defence Minister Rajnath Singh and Florence Parly, the Minister of the Armed Forces of France, will be the chief guest. Chief of Defence Staff General Bipin Rawat, Chief of the Air Staff Air Chief Marshal RKS Bhadauria, Defence Secretary Dr Ajay Kumar, Dr G Satheesh Reddy, Secretary Department of Defence R&D and Chairman DRDO along with other senior officers of the Ministry of Defence and armed forces will be present at the event to mark a very important milestone in the IAF’s history.

The first five Rafale aircraft had arrived in Ambala from France on July 27, 2020. The jets flew from the Merignac airbase in the port city of Bordeaux and landed for a stopover at Al Dhafra airbase in the United Arab Emirates after covering a distance of nearly 7,000 km. A day later, they flew again and landed at the Ambala airbase.

The induction programme will include ceremonial unveiling of the Rafale aircraft, a traditional ‘sarva dharma puja’, air display by Rafale and Tejas aircraft as well as Sarang aerobatic team.

Afterwards, a traditional water cannon salute will be given to the Rafale aircraft.

The programme will culminate with the ceremonial induction of Rafale aircraft to the 17 Squadron.

Rafale would be a game changer in the current scenario when India is involved in border tension with China in eastern Ladakh. The aircraft will increase India’s air power manifold.

Rafale is a 4.5 generation aircraft and has latest weapons, superior sensors and fully integrated architecture.

The French delegation will be represented by Emmanuel Lenain, the Ambassador of France to India, Air General Eric Autellet, Vice Chief of Air Staff of the French Air Force, and other senior officials.

Rafale is an omni-role aircraft which mean it can carry out at least four missions in one sortie.

Further, the aircraft is armed with HAMMER missile, beyond-visual-range missiles like Meteor, SCALP and MICA, thereby increasing its ability to take on incoming targets from a distance.