GLOBAL MARKETS-World shares edge down ahead of U.S. jobs data 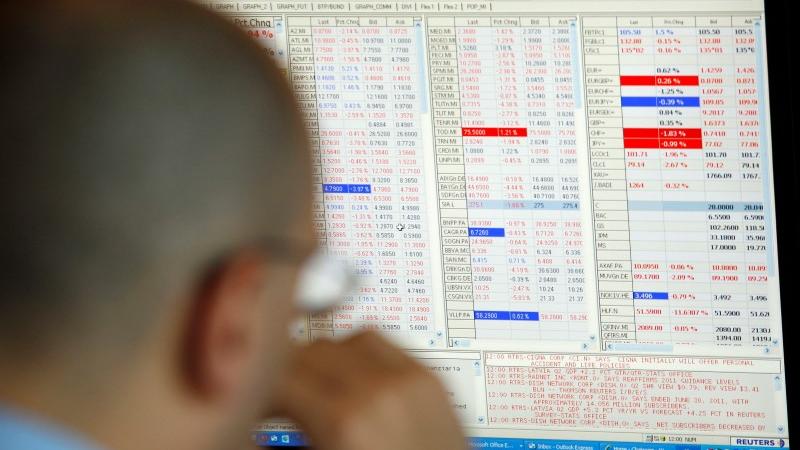 * Dollar heads for its best week since May

By Tom Arnold and Tom Westbrook

LONDON/SINGAPORE, Sept 4 (Reuters) – World shares edged lower on Friday, and were on course for their worst week in more than two months, though gains in safer assets like bonds and the dollar were muted as investors awaited U.S. jobs data to see if it triggers a bigger sell-off.

The pan-European STOXX 600 index added 0.4%, rebounding from its worst day in more than a month a day before amid a tech-led plunge on Wall Street on Thursday.

Data showed German industrial goods orders rose by a smaller-than-expected 2.8% on the month in July, undermining hopes of recovery for Europe’s largest economy from the coronavirus shock. broadest index of Asia-Pacific shares outside Japan fell 1.3% and looked set to snap a six-week winning streak with its biggest weekly loss since April. Japan’s benchmark Nikkei share average closed down 1.1%.

The MSCI world equity index , which tracks shares in 49 countries and had touched record highs earlier on Thursday, shed 0.1%.

“Stock market valuation is rich on a stand-alone basis, but far less extreme compared to other asset classes. Hence, it’s likely a bit too soon to be calling the next bear market even though September 3 did mark the top of the equity market back in 1929,” said Jeroen Blokland, portfolio manager at Robeco.

Focus is now on U.S. payrolls figures due at 1230 GMT, which could be a selling trigger if an expected slowdown in hiring is deeper than forecast. don’t think a huge number of investors will be adjusting their positions ahead of the U.S. payroll data but because of yesterday’s sell-off there will be a bit more sensitivity to the data,” said James Athey, investment director at Aberdeen Standard Investments.

“U.S. jobs data has been pretty consistently awful in a big picture sense. Fundamentally, there is nothing that can happen in payrolls that can tell you much more about the trajectory of the economy.”

Foreign exchange markets were on edge at the possibility and a safety bid helped the dollar cling to gains that have it headed for its best week in more than two months. FRX/

The euro , which has fallen from a 28-month peak above $1.20 on talk the European Central Bank is concerned about its strength, seems to have eased its slide for now, and last sat at $1.1839.

The yen was steady at 106.14 per dollar and bonds pared what was a pretty modest rise overnight, given the sell-off in the equity market.

Elsewhere, weakened for a fifth straight session to a new record low as pressure rose on the central bank to tighten credit amid stubbornly high inflation. U.S. 10-year bond yields rose about 2 basis points on Friday, having fallen overnight. US/

German yields stabilised, having fallen the day before on equity sell-offs.

Thursday’s tumble was the biggest one-day percentage drop on the tech-focused Nasdaq 100 since March and the darling stocks of recent months were hit hardest. .N

Still, the plunge in Apple , Tesla and Microsoft only wound the Nasdaq back as far as where it sat last Tuesday. It is still up 28% for the year so far and 73% higher than its March trough.

“However, this is unlikely to be a repeat of the tech wreck of the late 1990s, given how much the market and sector have changed,” he added.

Tech selling in Asia was limited. In South Korea Samsung fell 1.4% and there was modest pressure on Apple suppliers in Shanghai and Taipei. But falls in consumer staples and financials led losses on the Hong Kong and China bourses.

In commodity markets, oil was headed for its largest weekly drop since June amid worries about demand as the U.S. summer driving season draws to a close.

added 0.3% as investors sought out the safety of the precious metal ahead of the U.S. non-farm payrolls data. GOL/