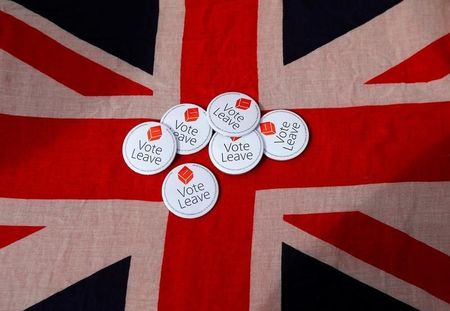 LONDON, Dec 18 (Reuters) – European shares were mixed early on Friday, capping the last full trading week of the year with investors still on edge over a Brexit trade deal and U.S. stimulus package.

Shares in London inched up, lifted by a weaker dollar. Frankfurt barely gained and Paris slipped.

“The uncertainty around what’s coming over the next few days is keeping investors a little bit nervous as we have two factors likely to be resolved over the next days: the EU-UK deal and the U.S. stimulus plan,” said Michael Hewson, chief market analyst at CMC (NS:) Markets.

Dutch health technology firm Philips rose 2% after it agreed to buy U.S. cardiac diagnostics and monitoring firm BioTelemetry in a deal worth $2.8 billion.

A more pessimistic tone to Britain’s protracted talks with the European Union weakened the pound, with only days remaining before the UK leaves the bloc’s single market on Dec. 31.

The EU warned there were just hours left to strike a deal, undermining British domestically focussed mid-caps as the prospect of trade tariffs in the New Year loomed.

“The EU-UK talks could well go right up to the wire as neither side wants to be seen be giving in too easily. It’s all about the optics for both sides, so it could take a little bit longer than most people are comfortable with,” Hewson said.

Among the day’s economic data, British retail sales fell 3.8% for the month in November when a four-week lockdown in England closed shops selling non-essential goods to the public.

A separate gauge of UK consumer confidence jumped by the most in eight years this month, boosted by the country’s coronavirus vaccine programme.

The prevalent underlying mood on global equities remained upbeat. All three major U.S. stock indexes, the Dow, and S&P500, ended at record highs on Thursday on optimism about a coronavirus stimulus bill. S&P 500 futures were flat.

Markets were also encouraged that the United States stood ready to ship 5.9 million doses of a new coronavirus vaccine developed by Moderna that’s close to winning regulatory approval. though the current state of outbreak is so bleak, markets are assuming vaccines will help the U.S. achieve a herd immunity next year and that everybody will be dancing in spring, with pent-up demand for consumption exploding,” said Kozo Koide, chief economist at Asset Management One.

Asian shares slipped on Friday after Reuters reported that the United States is set to add dozens of Chinese companies, including the country’s top chipmaker SMIC , to a trade blacklist later in the day. broadest index of Asia-Pacific shares outside Japan dropped 0.4% from Thursday’s record. Mainland Chinese shares fell 0.35% while Hong Kong’s Hang Seng lost 0.67%.