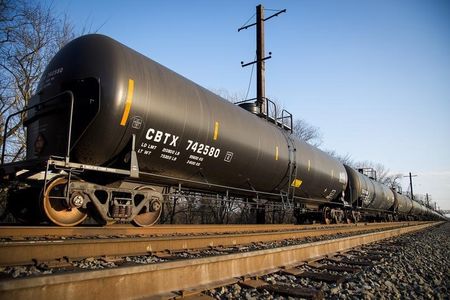 * Oil up, bonds down, bitcoin soaring and dollar squeezed

By Tom Westbrook and David Henry

SINGAPORE/NEW YORK, Dec 17 (Reuters) – Asian stocks perched near record heights, the dollar languished at two-year lows and oil prices stood at their strongest since March on Thursday, as monetary support and the hope of fiscal stimulus in the United States put traders in a festive mood.

MSCI’s broadest index of Asia-Pacific shares outside Japan rose 0.3% to touch an all-time high. Japan’s Nikkei rose 0.2%, though both fell back to flat while investors waited for U.S. lawmakers to agree on stimulus.

The risk-sensitive Australian and New Zealand dollars climbed to multi-year tops with the euro not far behind, and U.S. stock futures extended gains from Wednesday. FRX/

Brent crude oil futures , a proxy for global energy consumption and growth, rose 0.7% to $51.45 a barrel, the highest level since early March – before over-production fears and virus worries pushed oil prices off a cliff. O/R

“My suspicion is markets are inclined to extend this rally for two reasons,” said Vishnu Varathan, head economist at Mizuho in Singapore, citing U.S. monetary policy support and the good news on the horizon as vaccines roll out globally.

“If new infection numbers don’t go crazy…I think there is some scope for a so-called Santa rally into the end of the year,” he said. “That’s what markets appear to be poised for.”

U.S. Federal Reserve Chairman Jerome Powell vowed on Wednesday to keep pouring cash in to markets until the U.S. economic recovery is secure.

Bond traders were disappointed he didn’t extend the Fed’s purchase program deeper down the yield curve, and U.S. Treasuries sold off at longer tenors, but everybody else took it as a signal that the bank will have their back. US/

“The message was clear – the Fed is willing and capable of doing more if needed,” said Kerry Craig, global market strategist at J.P. Morgan Asset Management in Melbourne.

“The meeting also made clear that rates are highly unlikely to move until bond purchases come to an end. This means the market focus turns to the prospect of a pre-Christmas fiscal package from Congress.”

U.S. lawmakers edged closer to agreement on a $900 billion virus-relief spending package on Wednesday with top Democrats and Republicans sounding more positive than they have in months about getting something done. proposal is expected to include $600-$700 stimulus checks and extended unemployment benefits and cannot come soon enough as U.S. COVID-19 infections soar to record levels.

“The market is buying it and the mood music from (Republican Senate leader Mitch) McConnell and others is good,” said Gavin Friend, senior market strategist at National Australia Bank, while adding the package likely to wind up relatively modest.

Elsewhere better-than-expected labour data in Australia pushed the Aussie as high as $0.7591, its strongest since mid 2018, though it eased back to flat by midsession. AUD/

The Aussie is also riding high on surging prices for iron ore, Australia’s biggest export, which is near eight-year highs. The kiwi rose to its strongest since early 2018 after the New Zealand’s economic growth beat expectations. Treasuries drifted lower, with the yield on benchmark ten-year government bonds up one basis point to 0.9296%.

Asia’s outlier was South Korea, where a record daily rise in coronavirus cases pushed the Kospi 1% lower and weighed on the currency . .KS

Investors are attracted by its momentum – it is up 200% this year – and its purported resistance to inflation because of its limited supply. slipped 0.1% to $1,862.16 an ounce. GOL/

Market Stretched But Initiate Short Only If Nifty Closes Below 13510