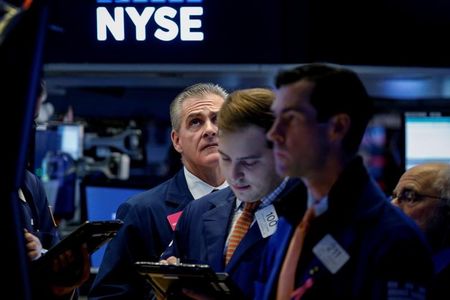 NEW YORK, Dec 18 (Reuters) – Global equity benchmarks slid while oil prices rallied to near nine-month highs on Friday as investors weighed hopes for a U.S. coronavirus relief package against moves by the U.S. government to add dozens of Chinese companies to a trade blacklist.

The Democratic-controlled House of Representatives continued to negotiate with the Republican-led Senate on a $900 billion piece of legislation to support the economy during a pandemic that has killed nearly 309,000 Americans.

“It does feel like we have a particularly light schedule in terms of events with markets in the U.S. going to be focused on the ongoing negotiations to see if we can get things over the line,” said Ned Rumpeltin, European head of currency strategy at TD Securities.

Asian shares fell earlier in the day after Reuters reported that the United States was set to add dozens of Chinese companies, including the country’s top chipmaker, SMIC , to a trade blacklist later in the day. gauge of stocks across the globe shed 0.40% following broad declines in Asia and Europe.

Electric-car maker Tesla Inc rose more than 3%, with massive trading volume, as it is set to become the most valuable company ever to be added to the S&P 500. currency markets, the British pound slipped off the two-and-a-half year high it hit Thursday with only days remaining before the UK leaves the European Union single market on Dec. 31. Sterling was last trading at $1.3504, down 0.57% on the day.

The EU warned there were just hours left to strike a deal, undermining British domestically focused mid-caps as the prospect of trade tariffs in the New Year loomed.

“The EU-UK talks could well go right up to the wire as neither side wants to be seen to be giving in too easily. It’s all about the optics for both sides, so it could take a little bit longer than most people are comfortable with,” said Michael Hewson, chief market analyst at CMC (NS:) Markets.

Markets were encouraged that the United States stood ready to ship 5.9 million doses of a new coronavirus vaccine developed by Moderna . for additional distribution of coronavirus vaccines helped push oil prices near nine-month highs. U.S. crude rose 1.2% to $48.94 per barrel and Brent was at $51.96, up 0.89% on the day.