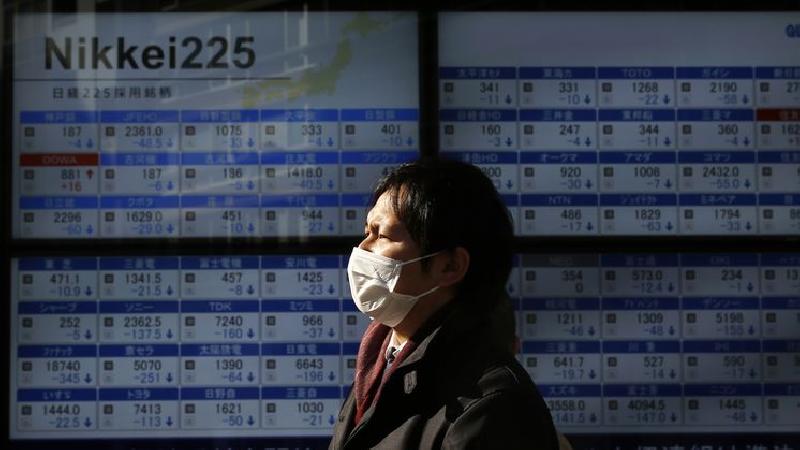 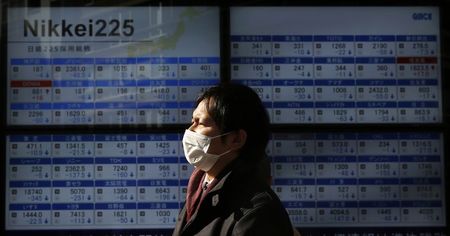 SYDNEY, Sept 7 (Reuters) – Asian shares started Monday on the backfoot as investors grapple with sky-high valuations against the backdrop of a global economy in the grip of a deep coronavirus-induced recession while oil prices dropped sharply.

Japan’s Nikkei was down 0.4% ahead of a heavy week of macroeconomic data with figures on household spending, current account and gross domestic product due on Tuesday.

Some analysts expect a fresh dose of fiscal stimulus in the country before the year-end while predicting ‘Abenomics’ will be retained even after Japanese Prime Minister Shinzo Abe steps down from the helm.

Australian shares slipped 0.4% while South Korea and New Zealand’s benchmark index were off 0.1% each.

That left MSCI’s broadest index of Asia-Pacific shares outside Japan barely changed after two straight days of losses toppled it from a 2-1/2-year peak last week.

The immediate focus on the day will be on China’s exports and imports data for August, due later in the morning.

China’s exports are expected to have posted a second month of solid gains in August as more of its trading partners relaxed coronavirus lockdowns and reopened their economies, a Reuters poll showed. stock futures opened in the red, with E-minis for the S&P 500 down 0.3% and Nasdaq futures sliding 1.1%. U.S. markets will be closed on Monday for Labor Day.

Nasdaq futures were dragged lower by the exclusion of Tesla from a group of companies that were being added to the S&P 500. at Jefferies expect the equities market correction to extend further.

“Our risk indices have begun to turn from their euphoria highs,” Jefferies said.

“It is not unthinkable that global equities are set to churn in a range for a while as some of the orphan sectors/countries are refranchised while the richly valued sectors pause or unwind,” it added.

“On the balance of probabilities, last week’s correction has further room to go.”

Jefferies said it was switching its weighting on MSCI All World index to “tactically bearish” in the short term.

It noted that a gauge of volatility has nudged higher in the past three months alongside a steepening in U.S. 10-year to 5-year Treasury yield curve as well as the 30-year to 5-year curve.

“We wonder how much moves in both would upset the equity market,” Jefferries said.

Later this week, investors will look for data on U.S. inflation with both producer and consumer prices expected to remain mostly steady.

“With slack in the labor market and broader economy to remain for years, it’s hard to see where sustainably higher inflation will come from,” Brown Brothers Harriman said in a note.

“That said, the bottom line is that U.S. rates will stay lower for longer. Full stop.”

In commodities, oil prices dropped more than $1 a barrel, hitting their lowest since July, after Saudi Arabia made the deepest monthly price cuts for supply to Asia in five months. O/R

Policy meetings at the Bank of Canada on Wednesday and the European Central Bank (ECB) the following day are also on investors’ radar, with both expected to keep policy steady.

Action in the forex market was muted.

The British pound was a shade weaker at $1.3248 ahead of a new round of Brexit talks with the European Union on Monday.