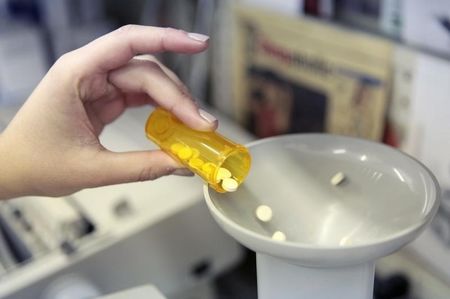 The index, hovering near record highs, is up 3.3% so far in December and is on track for its best yearly performance since 2017 thanks to generous government and central bank stimulus around the world.

Australian and New Zealand shares jumped over 1% each while South Korea’s KOSPI and Japan’s Nikkei were each up about 0.3%.

“We expect many emerging market economies to continue to show positive momentum in 2021 led by Asia,” TD Securities wrote in a note, adding that, on aggregate, they would recover lost output from 2020.

“China is likely to see a more rapid convergence to pre-COVID GDP levels.”

Economically sensitive U.S. stock sectors, including consumer discretionary and materials , led gains as investors viewed a recent spike in coronavirus infections and deaths, and a grim November jobs report, as drivers of a likely COVID-19 relief and stimulus bill.

Optimism over a $1.4 trillion U.S. spending package increased after House of Representatives Speaker Nancy Pelosi invited other top congressional leaders to meet late on Tuesday to hammer out a deal to be enacted this week. on the roll-out of vaccines continued after Moderna Inc’s COVID-19 vaccine appeared set for regulatory authorization this week. U.S. also expanded its roll-out of the newly approved vaccine developed by Pfizer Inc (NYSE:). PFE.N and BioNTech SE . will now look to the U.S. Federal Reserve for new projections on whether the economy will suffer a double-dip recession or is on the cusp of a vaccine-inspired boom.

“The ECB is also shifting to a YCC regime, with flexible QE purchases conducted to informally maintain the yield curve to its liking, hopefully avoiding a forced massive injection of new funds.”

Optimism for a trade deal on Brexit also boosted stocks, while contributing to a weaker dollar against the British pound and the euro. dollar was last at 103.67 against the Japanese yen, hovering near a recent 1-1/2 month trough. It is down 4.5% this year so far.

Gold, regarded as a hedge against inflation and currency debasement, has risen over 22% so far this year amid unprecedented government stimulus globally.