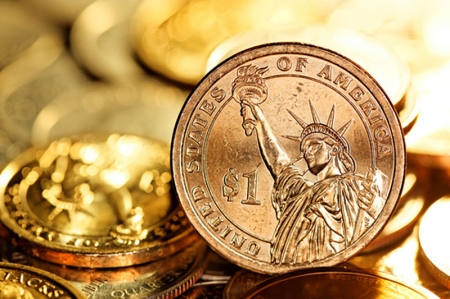 * Singapore dollar climbs to a more than two-year high

* Thai baht hits its strongest level since late May 2013

Dec 17 (Reuters) – Asian currencies gained ground on Thursday with the Thai baht surging to a seven-year peak as investors bet that a rebuke from Washington on Thailand’s currency practices may prompt the central bank not to suppress an appreciation in baht.

Regional currencies strengthened as progress towards a U.S. stimulus package pushed the dollar to 2-1/2-year lows against major rivals. The Malaysian ringgit , Singapore dollar and Indian rupee INR=IN added between 0.2% and 0.4%.

The baht THB=TH strengthened 0.4% and breached the psychological 30 per dollar mark that Thai exporters had urged the central bank to preserve last week to keep them competitive. The Bank of Thailand had then intervened to slow the volatility in the currency. a long-overdue report, the U.S. Treasury added India, Thailand and Taiwan to a watch list of countries it suspects may be deliberately devaluing their currencies against the dollar.

Thailand said its addition to the list would have no big impact, while Taiwan said its currency policies were aimed at stability and that it hopes to cut its trade surplus with the United States to address U.S. concerns. currencies have gained strongly against a globally weaker dollar since May as signs of an economic rebound in the region, low valuations and high yields in some markets drew a flood of foreign capital.

“In the near-term the central bank might refrain from heavily supporting the baht due to the report,” said Poon Panichpibool, a market strategist at Krung Thai Bank.

“By letting the baht dip below the 30 per dollar level today, it is a signal that the central bank will let it move more freely in line with its Asian peers.”

The Indonesian rupiah , which backs one of Asia’s most popular bond markets for foreign investors, held steady at 14,085 per dollar as the central bank kept its key interest rate unchanged at a record low of 3.75%, after five rounds of cuts this year. on the Indonesian government’s ten-year bonds were down 8.9 basis points after the announcement, while stocks in Jakarta dipped 0.2%.

The Philippine central bank also left its benchmark interest rate at a record low of 2%. The peso was up marginally.