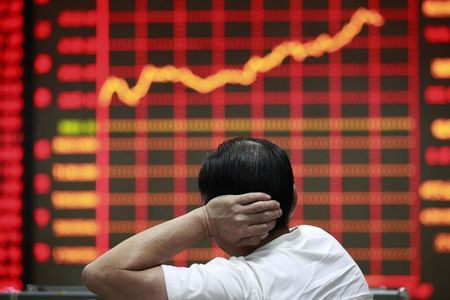 * Travel and industrial stocks trip up in Asia

Dec 22 (Reuters) – Philippines’ and Malaysian equities slid more than 1% on Tuesday to lead losses in Asian stock markets, with export and travel focussed shares plunging amid worries about possible lockdowns due to a new fast-spreading COVID-19 strain.

Kuala Lumpur and Manila indexes were on track to fall for a fourth day, while other markets in the trade-dependant region also fell following a shaky session on Wall Street where industrial and tourism shares were sold after the virulent virus strain shut much of the United Kingdom. .N

The new strain has raised fears about another wave of lockdown and travel restrictions around the globe if it begins to spread more widely, said Margaret Yang, a strategist at DailyFX.

“This has sparked profit-taking activity among the cyclical and travel-sensitive stocks, which are exposed to greater level of uncertainties now,” she added.

The new virus strain was detected in Australia on Monday, while Hong Kong and India said they would suspend flights from Britain. Korea, meanwhile, is battling a rise in infections at home. Seoul’s benchmark index and the won KRW=KFTC fell 0.4% each.

Earlier this year, the island-nation was lauded for its handling of the first two waves of the virus. The won has been among the top performing currencies but has given up 1.7% since a new cluster broke out about two-weeks ago.

The Thai baht THB=TH eased 0.2% a day before the Bank of Thailand’s (BoT) first meeting since the central bank intervened earlier this month in the foreign exchange markets to curb the currency’s rapid rise.

Analysts at Standard Chartered (LON:) in a note said they see limited policy room for BoT to ease rates, even next year. Instead, it may revise its 2021 growth forecasts as the economy remains weak.

A surge in cases over the weekend linked to a seafood centre outbreak also clouded Thailand’s economic outlook further as the event threatens to douse the country’s efforts at reviving tourism. regional currencies weakened against a broadly stronger greenback , with the Indonesian rupiah and the Singapore dollar easing 0.3% each.

The sole big gainer was Taiwan’s dollar TWD=TP which jumped 1.4% after data showed export orders soared for a ninth straight month in November, marking its fastest rate of growth since May 2010. Indonesian 10-year benchmark yields are up 6 basis points at 6.098%

Asia stock indexes and currencies at