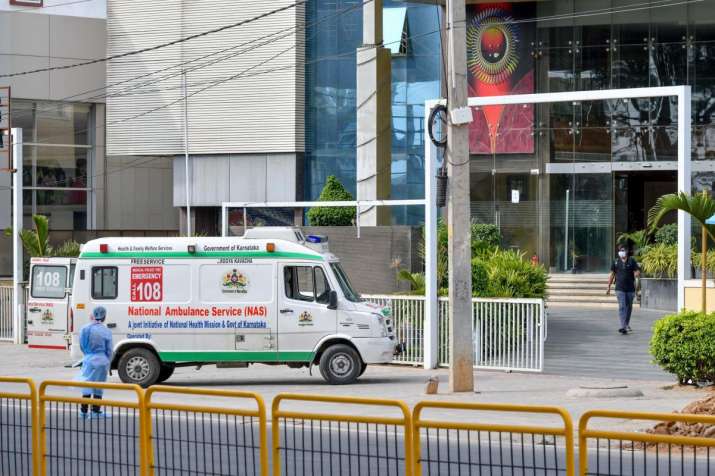 A 28-year-old woman, who had tested positive for the novel coronavirus went missing after she was ferried by an ambulance. The incident was reported on September 4, from Bengaluru’s Bommanahalli, where the ambulance had come to pick the patient up from her home. According to the girl’s family, On September 3, several others were also tested for COVID-19, along with the missing girl. A mass testing program was conducted in the zone to identify those who could test positive.

The ambulance returned to the area the following day and confirmed the girl had tested COVID positive. The family confirmed the ambulance was driven by the same driver, who was also accompanied by another individual in a PPE kit.

The girl was further asked to take only a few essentials and leave her cellphone behind.

“An ambulance was there with a swab collector, two other personnel and a driver, all wearing PPE kits and carrying documentation. The ambulance also carried a tag which said — On BBMP Covid-19 Duty,” said Archana’s brother-in-law, Vikas Kumar.

“We were told the drop-off point was a private hospital half a kilometer away. However, when we got there at 5.15 pm, we found that the hospital had no record of admitting Archana,” Kumar was quoted by Deccan Herald as saying.

Meanwhile, authorities at Bommanahalli zone have denied having conducted any tests on the missing person’s street.

A senior official said that neither the men nor the ambulance was operating on behalf of the government.

Investigation in the case is on.

UK Stocks-Factors to watch on Sept 10