Australian GDP Falls by Most on Record, Confirming Recession By Bloomberg 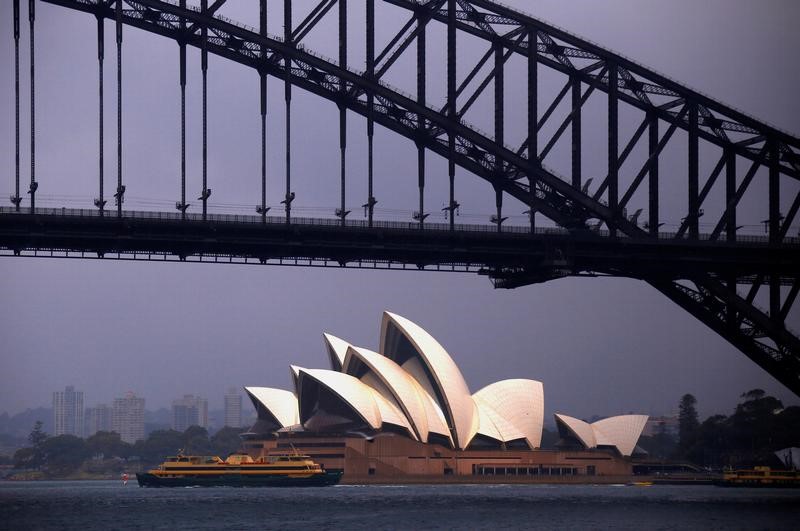 (Bloomberg) — Australia’s economy contracted by the most on record last quarter, with the recovery from the nation’s first recession in almost 30 years buffeted by Victoria state’s renewed Covid outbreak and lockdown.

Gross domestic product plunged 7% from the first three months of the year, the first back-to-back quarterly declines since 1991, statistics bureau data showed in Sydney Wednesday. The slump was larger than economist forecasts of a 6% drop. From a year earlier, it tumbled 6.3% versus an estimated 5.1% fall.

Australia’s early lifting of restrictions and reopening of its economy is now being offset by an almost two-month lockdown in Melbourne, the nation’s second-largest city with about 5 million people, delaying the recovery.

The central bank and government are working in tandem to try to support the economy, with the former on Tuesday expanding a lending facility to banks to keep credit flowing and the latter extending its labor market assistance package.

The Reserve Bank in March cut its cash rate to a record-low 0.25% and set the same target for the three-year bond yield as it aims to lower borrowing costs across the economy. The RBA predicts the renewed lockdown will lift unemployment to about 10% later this year.

The government, meantime, has injected tens of billions of dollars into the economy including its signature JobKeeper wage subsidy program designed to keep workers attached to firms as it tries to maintain employment connections until activity can resume.

Australia’s record run of avoiding two consecutive quarters of negative GDP, which included avoiding recessions during the 1997 Asian Financial Crisis, the Dot Com Bubble and the 2008 global financial crisis, has come to an end with the largest contraction on record according to ABS data dating back to 1959. It now joins much of the world in succumbing to a pandemic-induced downturn.

On the upside, China’s stimulus to revive its economy is fueling demand for Australian commodity prices, keeping the terms of trade elevated in the second quarter. Australia saw a record current-account surplus of A$17.7 billion ($13.1 billion) in the three months through June, aided by the nation’s closed international borders which is keeping people from traveling abroad.

Yet its trade position has also fueled the nation’s currency, which soared almost 30% from a nadir in March.

The central bank on Tuesday boosted a line of cheap funding to banks to A$200 billion. In addition to supporting the economy, that should also help ease some of the upward pressure on the currency by confirming the RBA’s commitment to keeping conditions accommodative until activity recovers.

(Updates with details from report)