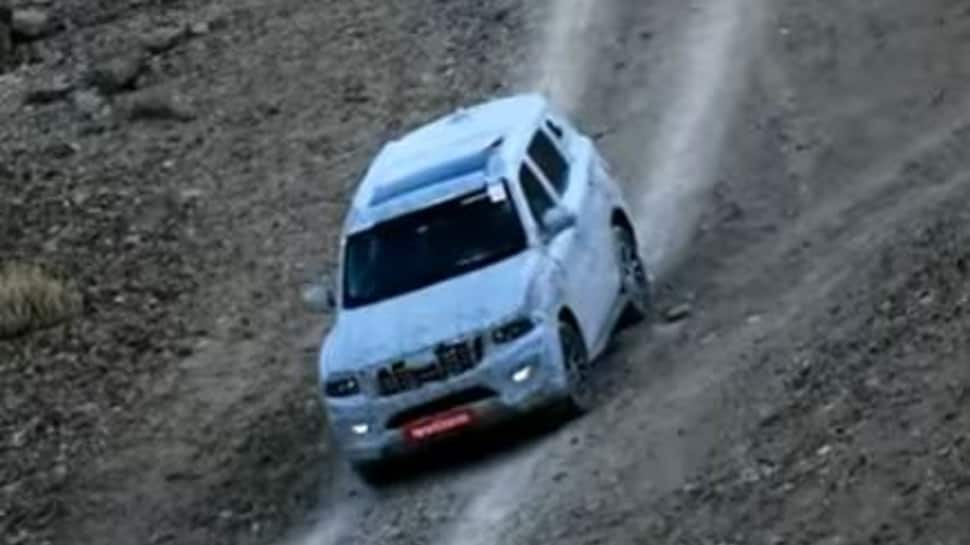 After seemingly endless testing, the Mahindra Scorpio might probably get the next generation. There have been many incidents where the next generation Scorpio has been spied camouflaged. In a series of similar events, a new mule has been seen testing in the harsh landscape of Ladakh.

The incident came to notice when a short Youtube video of the test mule went viral. Though the video is unclear, the intention of Mahindra is crystal clear. They have constantly been testing the Scorpio through all terrains and conditions.

The new generation will likely be given mechanical updates complete with the earlier 4×4 mechanics. With the recent launches of Mahindra, it is pretty clear that the upgrades in this SUV are worth the wait.

When you look at the present viral video and the spy shots, it reminds us a bit of the Safari Storme. We mean a higher commanding position, a terrific road presence and a butch look. The headlamps are given a more edgy vertical design. It is pretty evident that the new SUV has somewhat bigger dimensions, with the pictures having rather bigger dimensions.

It will be preemptive to make any speculations about the specs of the Scorpio, but it seems it will have a diesel and petrol engine like the XUV 700. However, the engine will get tuning to give better efficiency. The engine in the diesel variant is likely to be the 2,2-litre mHawk producing 130 hp and the petrol variant will be 2.0-litre mStallion giving out 140 hp. The diesel engine will get the 4WD system. These engines will be working with 6-speed manual transmission and 6-speed torque converter automatic.