A Steep Market Correction May Be On The Horizon

With running at some of its hottest levels in decades, there has been an increasing focus on real yields and real earnings. Therefore, it seems appropriate to explore something different, the real dividend yield of the .

The results are interesting and surprising. When we discount the consumer price index’s current value from the dividend yield of the S&P it suggests there is trouble ahead for the stock market.

The dividend yield for the S&P 500 is approaching record low levels, to begin with, even when not adjusting for inflation. Levels that have not been seen since the late 1990s. It should not be surprising that valuations for the S&P 500 reflect the same froth in the market when looking at the PE ratio of the index.

What is startling is what happens to the current dividend yield of the S&P 500 when adjusting for the consumer price index.

The “real” dividend yield of the S&P 500 is currently -4.9%, its lowest level since October 1981. The real dividend yield doesn’t typically get to these levels. In fact, in modern times it has only been lower in 1974 and 1980. After that, it has never been lower than -3.1%. That is because every time the dividend yield, when adjusted for the CPI, falls below -2.5%, the S&P 500 has a massive market correction, which leads to the yield moving sharply higher.

The only time that there wasn’t a massive sell-off when the real dividend yield fell to -2.5% or more was in 2005. 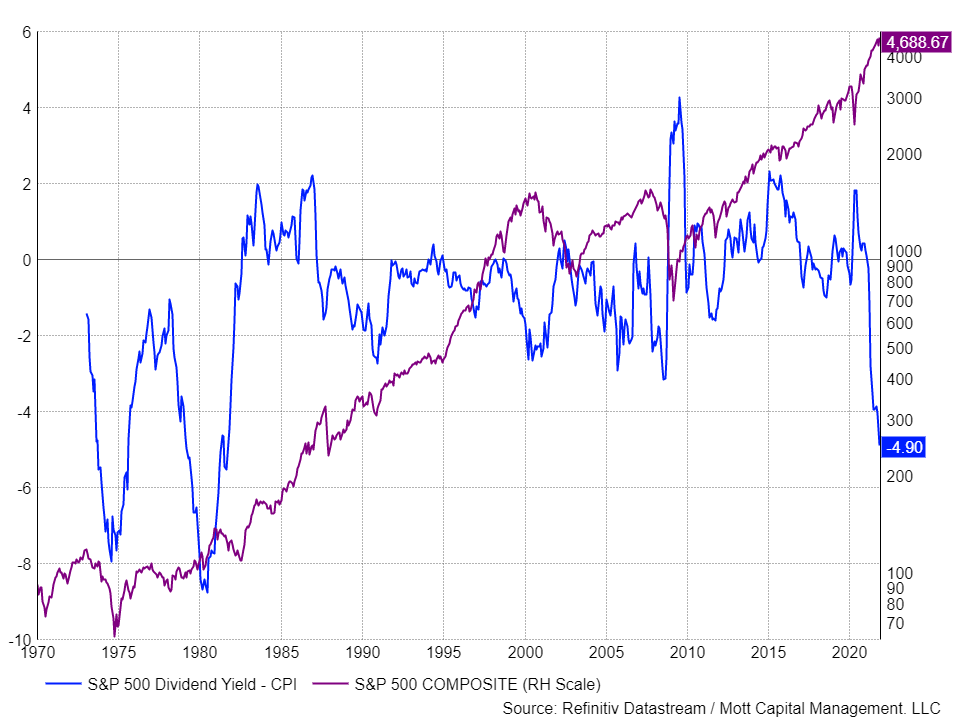 During each period where the real dividend yield fell sharply, it was due to very high inflation and a US recession. That is likely the reason why the market did not correct in 2005, there was no recession. However, there was a recession in the other cases, with higher consumer prices the contributing factor.

Now, the reason why the S&P 500 has likely endured this very low real dividend yield currently is because investors probably still believe that inflation is transitory and will not be persistently high. If investors begin to think that inflation is not transitory, it could lead to fears of a potential recession.

It is unclear, at this point, if a recession is on the horizon. Third-quarter growth in the US was much weaker than expected, and there are signs currently of slowing global growth. However, early indications are that growth thus far in the fourth quarter has bounced back sharply. 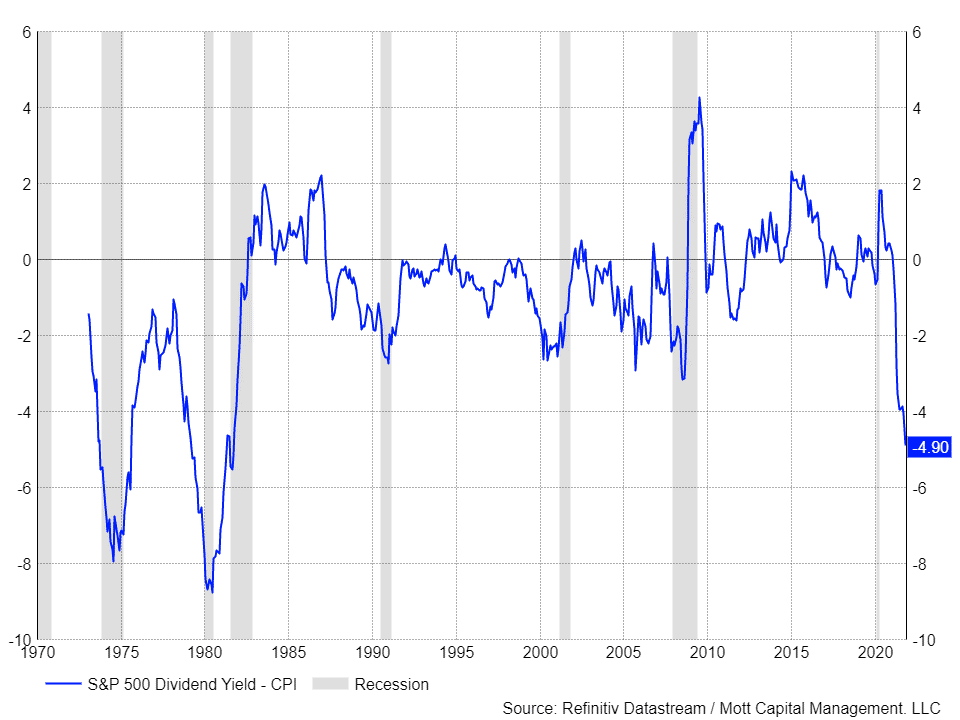 If inflation becomes more persistent, leading to a recession as it has in the past, a steep market sell-off will be just around the corner, just like it always has.

Fed Chair Jerome Powell testified before Congress on Tuesday and among other things said is a...
Continue reading
by THO